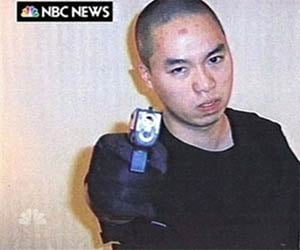 I know that brutal death can come unannounced into any life, but that we should aspire to look at our approaching death with equanimity, with a sense that it completes a well-walked trail, that it is a privilege to have our stories run through to their proper end. I don’t need to live forever to live once and to live completely. It is precisely because I don’t believe there is an afterlife that I am so horrified by the stabbing and slashing and tattering of so many lives around me this week, the despoliation and ruination of the only thing each of us will ever have.

We atheists do not believe in gods, or angels, or demons, or souls that endure, or a meeting place after all is said and done where more can be said and done and the point of it all revealed. We don’t believe in the possibility of redemption after our lives, but the necessity of compassion in our lives. We believe in people, in their joys and pains, in their good ideas and their wit and wisdom. We believe in human rights and dignity, and we know what it is for those to be trampled on by brutes and vandals. We may believe that the universe is pitilessly indifferent but we know that friends and strangers alike most certainly are not. We despise atrocity, not because a god tells us that it is wrong, but because if not massacre then nothing could be wrong.

I know that the theory of natural selection is the best explanation for the emergence and development of human beings and other species. I know that our bodies are composed of flesh, bone, and blood, and cells, and molecules. I also know that this does not account for all aspects of our lives, but I know no-one who ever thought it did. That is why we have science, and novels, and friendships, and poetry, and practical jokes, and photography, and a sense of awe at the immensity of time and the planet’s natural history, and walks with loved ones along the Huckleberry Trail, and atheist friends who keep kosher because, well just because, and passionate reverence for both those heroes who believed and those who did not, and have all this without needing a god to stitch together the tapestry of life.

I believe this young man was both sick and vicious, that his actions were both heinous and the result of a phenomenon that we must try to understand precisely so that we can prevent it in future. I have no sympathy for him. Given what he has done, I am not particularly sorry he has spared the world his continued existence; there was no possibility of redemption for him. You think we atheists have difficulty with the concept of evil. Quite the contrary. We can accept a description of this man as evil. We just don’t think that is an explanation. That is why we are exasperated at your mindless demonology.