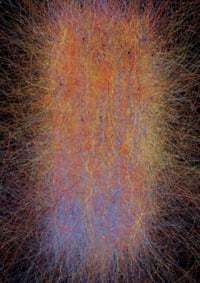 The only difference between religion and superstition is the spelling.

The only difference between religion and superstition is the spelling.