This should be a better world,» a friend of mine said. «A more honest one, where sex isn’t shameful or degrading. I wish this was the kind of world where say, ‘Wow, I’d like to touch your breasts,’ and people would understand that it’s not a way of reducing you to a set of nipples and ignoring the rest of you, but rather a way of saying that I may not yet know your mind, but your body is beautiful.»

We were standing in the hallway of ConFusion, about nine of us, and we all nodded. Then another friend spoke up.

Now, you have to understand the way she said that, because it’s the key to the whole project. The spirit of everything was formed within those nine words – and if she’d said them shyly, as though having her breasts touched by people was something to be endured or afraid of, the Open-Source Boob Project would have died aborning. But she didn’t. Her words were loud and clearly audible to anyone who walked by, an offer made to friends and acquaintances alike.

Yet it wasn’t a come-on, either. There wasn’t that undertow of desperation of come on, touch me, I need you to validate my self-esteem and maybe we’ll hook up later tonight. There was no promise of anything but a simple grope.

We all reached out in the hallway, hands and fingers extended, to get a handful. And lo, we touched her breasts – taking turns to put our hands on the creamy tops exposed through the sheer top she wore, cupping our palms to touch the clothed swell underneath, exploring thoroughly but briefly lest we cross the line from ‘touching» to «unwanted heavy petting.» They were awesome breasts, worthy of being touched.

And life seemed so much simpler.

END_OF_DOCUMENT_TOKEN_TO_BE_REPLACED 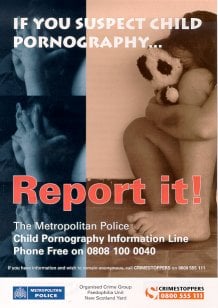 END_OF_DOCUMENT_TOKEN_TO_BE_REPLACED

It is an interesting and demonstrable fact, that all children are atheists and were religion not inculcated into their minds, they would remain so.