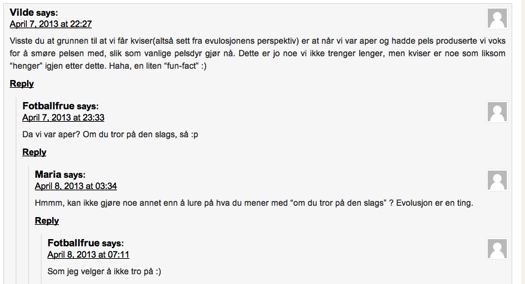 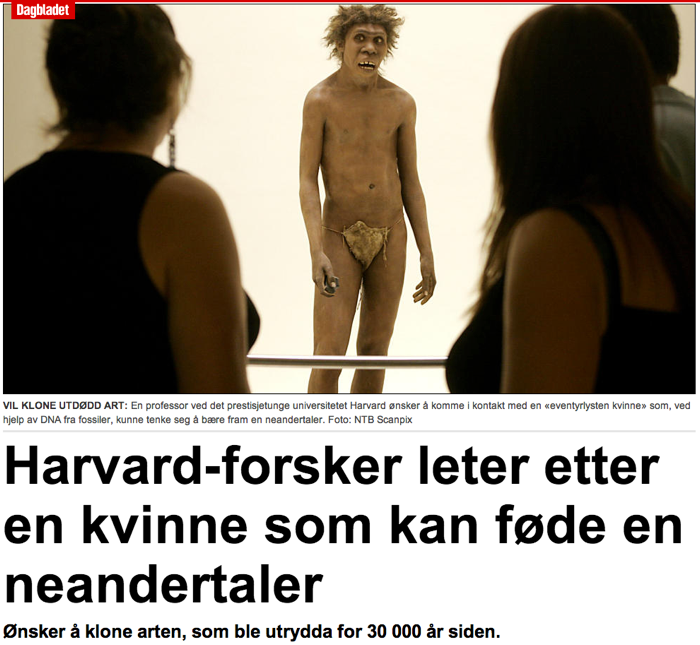 SPIEGEL: Mr. Church, you predict that it will soon be possible to clone Neanderthals. What do you mean by «soon»? Will you witness the birth of a Neanderthal baby in your lifetime?

In April 2002, the Journal of Genetic Counseling released a report authored by a team of scientists led by Robin L. Bennett, a genetic counselor at the University of Washington and the president of the National Society of Genetic Counselors, which showed that the potential risk of birth defects in a child born of first cousins was slightly higher than the risk associated with a non-cousin couple. The report estimated the increased risk for first cousins at 1.7 – 2.8 % over the base risk of about 3%, or about the same as that of any woman over age 40, or of a still younger man (see paternal age). Put differently, first-cousin marriages entail roughly the same increased risk of birth defects as a woman faces when she gives birth at age 41 (roughly 6%) rather than at 30 (roughly 3%). Critics argue that banning first-cousin marriages would make as much sense as trying to ban childbearing by older women. These numbers were reported only for first instances of cousin mating; repeated generations of cousin coupling are thought to increase the risk substantially.

«It helps to answer a perplexing question – how can there be ‘gay genes’ given that gay sex doesn’t lead to procreation?» says Dean Hamer of the National Institutes of Health in Bethesda, Maryland, who was not involved in the work. «The answer is remarkably simple: the same gene that causes men to like men also causes women to like men, and as a result to have more children.«

The researchers asked 239 men to fill out questionnaires about their families and their past sexual experiences. On the basis of their answers, the men were classified as heterosexual, bisexual or homosexual. The results showed that the maternal aunts, grandmothers and mothers of both bisexual men and homosexuals had more children than those of heterosexual men. 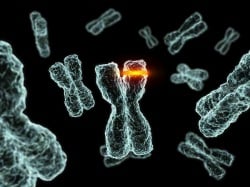 Matthew, a 26-year-old chimp, is headed to court in Europe as part of a human effort to classify him as a person.

Beyond the legal challenges, anthropologists say chimpanzees are not humans, though without a clear definition of what it means to be human, backing that claim up is a challenge perhaps fit for some great courtroom drama.

«One of the hard things is there is no single characteristic that has been found that makes humans truly unique,» said Sarah Brosnan of Georgia State University. Brosnan studies social behavior and cognition in non-human primates.

Making matters worse, chimps show a smorgasbord of behaviors once tagged to humans only, including altruism, tool-use, an ability to learn from their kin and deal-making behaviors.

Looking to genetics for an answer is also thorny. If you were to line up any string of nucleotides (structural units) from a chimp’s DNA with the corresponding human strand, about 96 or 98 out of 100 of the nucleotides would match up.

«Nobody is going to look at a human genome and a chimp genome and mix them up,» Brosnan said. «But human genomes are different from each other, so it depends on where you draw the line.«