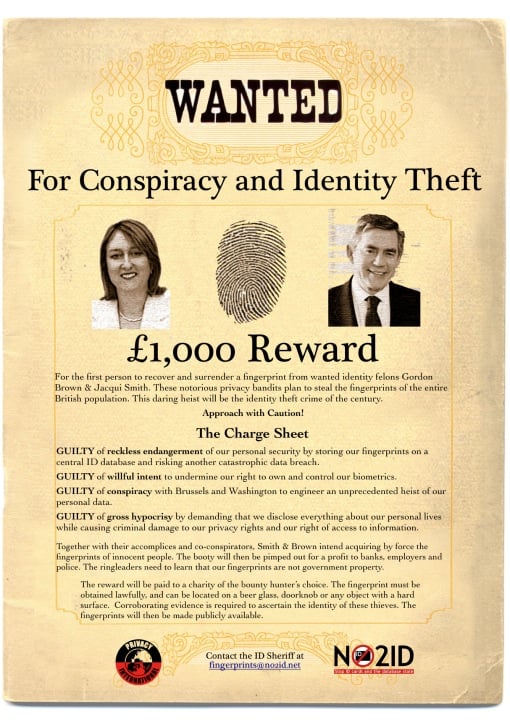 Privacy International and the UK’s NO2ID have launched a campaign to show the dangers of the collection of fingerprints into central government databases. We are offering a reward for the first person to collect and submit the UK Prime Minister’s and Home Secretary’s fingerprints.

Each year since 1997, the US-based Electronic Privacy Information Center and the UK-based Privacy International have undertaken what has now become the most comprehensive survey of global privacy ever published. The Privacy & Human Rights Report surveys developments in 70 countries, assessing the state of surveillance and privacy protection.

Her er noen nøkkelpunkter for Norge:

* No specific constitutional protection, though Supreme Court early on decided that there is a general legal protection of ‘personality’
* Comprehensive privacy law, though some police databases are excluded
* Mobile phones must all be registered, and retention is in place
* Data Privacy Authority is within administration wing of government but is expected to be independent
* Data protection tribunal has made a number of questionable decisions, e.g. Audiotape of telephone conversation does not fall under the law
* Whistleblowing law in 2007 lets workers remain anonymous
* Mandatory disclosure of information to Child Welfare authorities
* Police certificate is required to apply for citizenship; though other safeguards were implemented
* Court order for interception, for period of 4 weeks, with a supervisory board that oversees process, after years of abuses
* Created a database of asylum seekers with fingerprint data, which is open to the police for criminal investigations
* Government merged a number of welfare databases without implementing adequate access restrictions
* Government intends to require DNA for all convicted
* Ratified Cybercrime convention 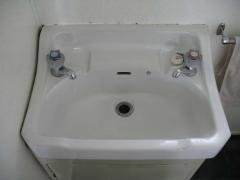 Why on earth do so many British sinks have dual taps?! I have bored many of my British friends with this question and the answers I received ranged from “That’s a good point” and “They do the job” to “Aren’t mixer taps dodgy?”. It just must be one of these cultural things for which there is no proper explanation… No one in their right mind could actually want to be faced with the decision whether to freeze or burn their hands every morning.

The War on the Unexpected

We’ve opened up a new front on the war on terror. It’s an attack on the unique, the unorthodox, the unexpected; it’s a war on different. If you act different, you might find yourself investigated, questioned, and even arrested — even if you did nothing wrong, and had no intention of doing anything wrong. The problem is a combination of citizen informants and a CYA attitude among police that results in a knee-jerk escalation of reported threats.

This isn’t the way counterterrorism is supposed to work, but it’s happening everywhere. It’s a result of our relentless campaign to convince ordinary citizens that they’re the front line of terrorism defense. “If you see something, say something” is how the ads read in the New York City subways. “If you suspect something, report it” urges another ad campaign in Manchester, UK. The Michigan State Police have a seven-minute video. Administration officials from then-attorney general John Ashcroft to DHS Secretary Michael Chertoff to President Bush have asked us all to report any suspicious activity.

The problem is that ordinary citizens don’t know what a real terrorist threat looks like. They can’t tell the difference between a bomb and a tape dispenser, electronic name badge, CD player, bat detector, or a trash sculpture; or the difference between terrorist plotters and imams, musicians, or architects. All they know is that something makes them uneasy, usually based on fear, media hype, or just something being different.

END_OF_DOCUMENT_TOKEN_TO_BE_REPLACED

Gods are fragile things; they may be killed by a whiff of science or a dose of common sense.