US Politics Have No Left Wing

US politics often look absurd from a European perspective, since the entire bipartisan system maps onto the conservative half of European politics. A case in point is that the US «Left» is called «the liberals», while the Liberal Party in Sweden is part of the Right wing. How could it be otherwise? Liberalism is about free-market capitalism, small government, low taxes, all Right-wing ideals. Yes, both US parties advocate low taxes. Normal taxes are 30% to a Swede. And that’s rock bottom, before adding the effect of progressive taxation. That’s how we can afford universal health care. Hint, hint.

So, believe me, US politics don’t have a Left. Looking at the presidential candidates, I am frankly appalled. None of them would be a viable politician in Sweden. They all support the death penalty, none advocates strict gun control and all make frequent mention of their religious beliefs in public. These are extremist stances. Not even the tiny Christian Democrat party mentions God publicly in Sweden, for fear of alienating the pragmatic rationalist majority.

The survey, conducted by Opinion Research Business (ORB) with 2,414 adults in face-to-face interviews, found that 20 percent of people had had at least one death in their household as a result of the conflict, rather than natural causes.

The last complete census in Iraq conducted in 1997 found 4.05 million households in the country, a figure ORB used to calculate that approximately 1.03 million people had died as a result of the war, the researchers found.

ORB originally found that 1.2 million people had died, but decided to go back and conduct more research in rural areas to make the survey as comprehensive as possible and then came up with the revised figure.

The folly is much the same with respect to the liquids and gels restrictions, introduced two summers ago following the breakup of a London-based cabal that was planning to blow up jetliners using liquid explosives. Allegations surrounding the conspiracy were revealed to substantially embellished. In an August, 2006 article in the New York Times, British officials admitted that public statements made following the arrests were overcooked, inaccurate and “unfortunate.” The plot’s leaders were still in the process of recruiting and radicalizing would-be bombers. They lacked passports, airline tickets and, most critical of all, they had been unsuccessful in actually producing liquid explosives. Investigators later described the widely parroted report that up to ten U.S airliners had been targeted as “speculative” and “exaggerated.”

“The notion that deadly explosives can be cooked up in an airplane lavatory is pure fiction,” Greene told me during an interview. “A handy gimmick for action movies and shows like ‘24.’ The reality proves disappointing: it’s rather awkward to do chemistry in an airplane toilet. Nevertheless, our official protectors and deciders respond to such notions instinctively, because they’re familiar to us: we’ve all seen scenarios on television and in the cinema. This, incredibly, is why you can no longer carry a bottle of water onto a plane.”

Each year since 1997, the US-based Electronic Privacy Information Center and the UK-based Privacy International have undertaken what has now become the most comprehensive survey of global privacy ever published. The Privacy & Human Rights Report surveys developments in 70 countries, assessing the state of surveillance and privacy protection.

Her er noen nøkkelpunkter for Norge:

* No specific constitutional protection, though Supreme Court early on decided that there is a general legal protection of ‘personality’
* Comprehensive privacy law, though some police databases are excluded
* Mobile phones must all be registered, and retention is in place
* Data Privacy Authority is within administration wing of government but is expected to be independent
* Data protection tribunal has made a number of questionable decisions, e.g. Audiotape of telephone conversation does not fall under the law
* Whistleblowing law in 2007 lets workers remain anonymous
* Mandatory disclosure of information to Child Welfare authorities
* Police certificate is required to apply for citizenship; though other safeguards were implemented
* Court order for interception, for period of 4 weeks, with a supervisory board that oversees process, after years of abuses
* Created a database of asylum seekers with fingerprint data, which is open to the police for criminal investigations
* Government merged a number of welfare databases without implementing adequate access restrictions
* Government intends to require DNA for all convicted
* Ratified Cybercrime convention

Ten Steps To Close Down an Open Society

Last autumn, there was a military coup in Thailand. The leaders of the coup took a number of steps, rather systematically, as if they had a shopping list. In a sense, they did. Within a matter of days, democracy had been closed down: the coup leaders declared martial law, sent armed soldiers into residential areas, took over radio and TV stations, issued restrictions on the press, tightened some limits on travel, and took certain activists into custody.

They were not figuring these things out as they went along. If you look at history, you can see that there is essentially a blueprint for turning an open society into a dictatorship. That blueprint has been used again and again in more and less bloody, more and less terrifying ways. But it is always effective. It is very difficult and arduous to create and sustain a democracy – but history shows that closing one down is much simpler. You simply have to be willing to take the 10 steps.

As difficult as this is to contemplate, it is clear, if you are willing to look, that each of these 10 steps has already been initiated today in the United States by the Bush administration.

The War on the Unexpected

We’ve opened up a new front on the war on terror. It’s an attack on the unique, the unorthodox, the unexpected; it’s a war on different. If you act different, you might find yourself investigated, questioned, and even arrested — even if you did nothing wrong, and had no intention of doing anything wrong. The problem is a combination of citizen informants and a CYA attitude among police that results in a knee-jerk escalation of reported threats.

This isn’t the way counterterrorism is supposed to work, but it’s happening everywhere. It’s a result of our relentless campaign to convince ordinary citizens that they’re the front line of terrorism defense. “If you see something, say something” is how the ads read in the New York City subways. “If you suspect something, report it” urges another ad campaign in Manchester, UK. The Michigan State Police have a seven-minute video. Administration officials from then-attorney general John Ashcroft to DHS Secretary Michael Chertoff to President Bush have asked us all to report any suspicious activity.

A grieving father won a nearly $11 million verdict Wednesday against a fundamentalist Kansas church that pickets military funerals in the belief that the war in Iraq is a punishment for the nation’s tolerance of homosexuality.

Albert Snyder of York, Pennsylvania, sued the Westboro Baptist Church for unspecified damages after members demonstrated at the March 2006 funeral of his son, Lance Cpl. Matthew Snyder, who was killed in Iraq.

The jury first awarded $2.9 million in compensatory damages. It returned later in the afternoon with its decision to award $6 million in punitive damages for invasion of privacy and $2 million for causing emotional distress.

U.S. District Judge Richard Bennett noted the size of the award for compensating damages “far exceeds the net worth of the defendants,” according to financial statements filed with the court. 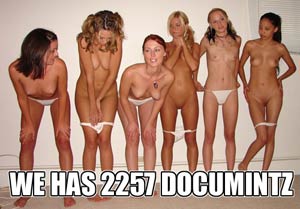 END_OF_DOCUMENT_TOKEN_TO_BE_REPLACED

When covert agents test how well airport security screeners find homemade bombs, they pack a detonator, timer and battery inside a cluttered toilet kit, stuff it into a suitcase and carry it through a checkpoint.

The Transportation Security Administration’s special operations division devised the testing to raise the stakes for airport screeners and test whether they can spot bomb parts hidden as a terrorist might try to get them on an airplane, according to a classified TSA report obtained by USA TODAY.

The testing in the past year is far harder than it was before and shortly after the TSA took over airport security in 2002, agency spokeswoman Ellen Howe said. In earlier tests, covert agents would put a gun or a large assembled bomb in an otherwise-empty briefcase, she said.

END_OF_DOCUMENT_TOKEN_TO_BE_REPLACED

I’m worried that the government has declared an entire field of law enforcement and public policy off-limits from empirical critique by academia and the fourth estate. I want a process that allows non-governmental investigators and journos to be vetted and qualified as child-porn researchers. I’m not sure who would do the vetting or what the criteria would be. Neither is Penn State’s Jenkins. Still, says Jenkins, if front-line research and reporting remains prohibited, “if there’s no garbage filter, no independent means for checking, verifying or criticizing the government, that’s very worrisome. As an analogy, just imagine if every word we knew about terrorism came from the FBI or the White House.”