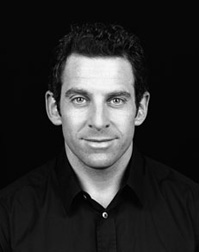 Reply to a Christian

You believe that the Bible is the literal (or inspired) word of God and that Jesus is the Son of God – and you believe these propositions because you think they are true, not merely because they make you feel good. You may wonder how it is possible for a person like myself to find these sorts of assertions ridiculous. While it is famously difficult for atheists and believers to communicate about these matters, I am confident that I can give you a very clear sense of what it feels like to be an atheist. Consider: every devout Muslim has the same reasons for being a Muslim that you now have for being a Christian. And yet, you know exactly what it is like not to find these reasons compelling.

Why don’t you find these claims convincing? Why don’t you lose any sleep over whether or not you should convert to Islam? Please take a moment to reflect on this. You know exactly what it is like to be an atheist with respect to Islam. Isn’t it obvious that Muslims are not being honest in their evaluation of the evidence? Isn’t it obvious that anyone who thinks that the Qur’an is the perfect word of the Creator of the universe has not read the book very critically? Isn’t it obvious that Muslims have developed a mode of discourse that seeks to preserve dogma, generation after generation, rather than question it? Yes, these things are obvious. Understand that the way you view Islam is precisely the way every Muslim views Christianity. And it is the way I view all religions.

Take a moment to imagine how good a book could be if it were written by the Creator of the universe. Such a book could contain a chapter on mathematics that, after two thousand years of continuous use, would still be the richest source of mathematical insight the earth has ever seen.

And yet the Bible – whether inerrant or divinely inspired – offers us an approximation that is terrible even by the standards of the ancient world. Needless to say, many religious people have found ingenious ways of rationalizing this. And yet, these rationalizations cannot conceal the obvious deficiency of the Bible as a source of mathematical insight. It is absolutely true to say that, if Archimedes had written a chapter of the Bible, the text would bear much greater evidence of the author’s «omniscience.»

Why doesn’t the Bible say anything about electricity, about DNA, or about the actual age and size of the universe? What about a cure for cancer? Millions of people are dying horribly from cancer at this very moment, many of them children.

There was room for God to instruct us on how to keep slaves and sacrifice a wide variety of animals. Please appreciate how this looks to one who stands outside the Christian faith. It is genuinely amazing how ordinary a book can be and still be thought the product of omniscience.

Men les for all del hele: Reply to a Christian

If athesim is a religion, then not playing cards is a hobby.

If athesim is a religion, then not playing cards is a hobby.