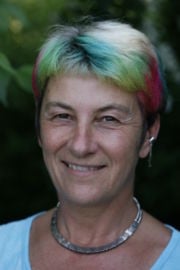 I take illegal drugs for inspiration

Every year, like a social drinker who wants to prove to herself that she’s not an alcoholic, I give up cannabis for a month. It can be a tough and dreary time – and much as I enjoy a glass of wine with dinner, alcohol cannot take its place.
Some people may smoke dope just to relax or have fun, but for me the reason goes deeper. In fact, I can honestly say that without cannabis, most of my scientific research would never have been done and most of my books on psychology and evolution would not have been written.
Some evenings, after a long day at my desk, I’ll slip into the bath, light a candle and a spliff, and let the ideas flow – that lecture I have to give to 500 people next week, that article I’m writing for New Scientist, those tricky last words of a book I’ve been working on for months. This is the time when the sentences seem to write themselves. Or I might sit out in my greenhouse on a summer evening among my tomatoes and peach trees, struggling with questions about free will or the nature of the universe, and find that a smoke gives me new ways of thinking about them.
Yes, I know there are serious risks to my health, and I know I might be caught and fined or put in prison. But I weigh all this up, and go on smoking grass.

For both individuals and society, all drugs present a dilemma: are they worth the risks to health, wealth and sanity? For me, the pay-off is the scientific inspiration, the wealth of new ideas and the spur to inner exploration. But if I end up a mental and physical wreck, I hereby give you my permission to gloat and say: «I told you so».

So can drugs be creative? I would say so, although the dangers are great – not just the dangers inherent in any drug use, but the danger of coming to rely on them too much and of neglecting the hard work that both art and science demand. There are plenty of good reasons to shun drug-induced creativity.

I have been lucky with my own teachers. The first time I took ecstasy, for example, I was with three people I had met at a Norwegian conference on death and dying. It was mid-summer, and they had invited me to join them on a trip around the fjords. One afternoon, we sat together and took pure crystals of MDMA – nothing like the frightening mixtures for sale on the streets today.

MDMA has the curious effect of making you feel warm and loving towards everyone and everything around you: within a few short hours, we were all convinced that we knew each other in a deep and intimate way. Then we deliberately each set off alone to walk in the mountains, where the same feeling of love now seemed to encompass the entire landscape.

Are drugs the quick and dirty route to insight? I wanted to try the slow route, too. So I have spent more than 20 years training in meditation – not joining any cult or religion but learning the discipline of steadily looking into my own mind.

Gradually, the mind calms, space opens up, self and other become indistinguishable, and desires drop away. It’s an old metaphor, but people often liken the task to climbing a mountain. The drugs can take you up in a helicopter to see what’s there, but you can’t stay.

In the end, you have to climb the mountain yourself – the hard way. Even so, by giving you that first glimpse, the drugs may provide the inspiration to keep climbing.